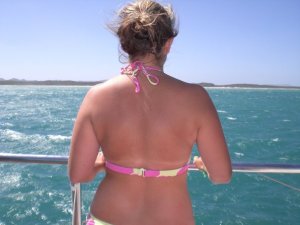 Most people who know me are keenly aware that I am a passionate solo traveler. To be honest, it was not something that I just woke up and decided to do one day. There were things I wanted to see and places I wanted to explore. And my friends wanted to do other things. I simply went anyway.

My first solo travel experience was in Japan during my spring 2007 Semester at Sea voyage. I was traveling with seven friends and we all had different ideas of what we wanted to do. While we had all of our accommodation booked together across a few cities, I got up at the crack of dawn and set out to traverse Tokyo, a megacity of about 30 million, alone. Armed with a subway map, some notes jotted down from my Lonely Planet, and approximately five words of Japanese, I was ready to soak in a place where I once lived as a toddler.

Over the course of that day, I experienced a Japanese manga cafe, had lunch at the Park Hyatt Tokyo where ‘Lost in Translation’ was filmed, walked between the stalls leading to Asakusa’s Sensoji Temple, managed my way through Harajuku’s crowded Takeshita-dori street, and chuckled at the one hour and 45 minute line outside the brand new Krispy Kreme in Shinjuku. I had a blast – all by myself. When I met up with the rest of my friends to take the bullet train down to Kyoto at the end of the day, I was glowing, raving about how much fun I had. While I had had a great time doing karaoke with all of my friends the night before, I sincerely believe trekking out on my own enhanced my travel experience and forced me to figure out issues and work through challenges myself. It improved my ability to think critically and be resourceful. This in turn, made me more confident with regards to what I could handle and undertake, not just when traveling – but in life. It was liberating.

The next solo travel challenge didn’t really come until August 2009 when I ventured to Kuala Lumpur and Bali alone. It was my first solo sojourn since moving to Japan and there were certainly butterflies (something I still get!) People questioned the fact that I was actually going by myself. I said, “Why not? I’m not going to wait around forever for someone to go with me.” And I meant it. In jumping between cities, I had to think on my feet, because no one else was going to do it for me. My senses were heightened with regards to both safety and absorbing the chaos occurring around me. I befriended the hotel staff and sat in silence with fellow travelers at Hindu shrines. As a result, the Balinese opened their hearts to me and I truly had an unforgettable experience along the eastern part of the island.

My enthusiasm goes absolutely haywire when I hear success stories of people doing things alone. One American friend finally bit the bullet and flew to Nepal alone to do that 12-day Annapurna hike she’d always wanted to do. She left the Himalayas with over a dozen new friends. An Italian friend’s solo surf camp trips to Portugal and Morocco were spurred by going to the Noel Gallagher concert in Rome alone. It brought a legitimate sense of accomplishment and validation that yes, doing things alone is possible and enjoyable. A student I work with returned from her first solo trip to Florence ecstatic that that she’d met people from all over the world at her hostel and now has friends she can stay with in the UK. Just today, a Canadian gal-pal was excitedly rehashing her recent solo trip to Japan – her first adventure alone.

Solo travel can be an excellent opportunity to transition to doing things alone in your own community at home. You might feel more self-conscious about doing things alone in your local area compared to in a faraway city where no one knows you anyway. Thus, when you’re outside of your immediate surroundings, use that chance to “practice” doing things on your own. Later on, remember that time you went for a coffee at that cute little cafe in Prague? Then why not go for a beer alone at your local pub after a long day at work. I still recall the first time I went to a movie alone. I was an Arts and Entertainment Editor for my high school newspaper and was occasionally tasked with doing the movie reviews. I would sit in the back of the theater and almost blindly scribble down notes and thoughts throughout the film. Gradually, it became one of my favorite things to do when I had a spare afternoon or evening and I still enjoy a good solo cinema trip to this day. Although I consider myself to be an outgoing, social person, it’s essential to take time for myself – whether it’s out in public or at home binge-watching House of Cards episodes.

Need more convincing that doing things alone can totally rock your socks off? Earlier this year, both The Atlantic and The Washington Post ran pieces about the benefits of doing things on your own. “People decide to not do things all the time just because they’re alone,” said Rebecca Ratner, a professor of marketing at the Robert H. Smith School of Business, who has spent almost half a decade studying why people are so reluctant to have fun on their own and how it may lead to, well, less fun overall. “But the thing is, they would probably be happier going out and doing something.” Ratner continues to explain, “The reason is we think we won’t have fun because we’re worried about what other people will think. We end up staying at home instead of going out to do stuff because we’re afraid others will think they’re a loser.” In our heads, there’s this unwritten rule that if someone is out by themselves, he or she must be strange or not have any friends to do the “activity with”. We believe in this societal stigma against people doing things alone when in reality, others pay far less attention to us than we think. The best way to erode this stigma is for more people (like you!) to go out and do things alone. To facilitate this, businesses could follow Japan’s and Korea’s examples by catering more to solo diners. Want to test the waters? Go check out a museum/gallery (or attend an event alone), get a drink afterwards, and see how you feel.

Perhaps the most surprising thing about doing things by yourself is that you often end up with way more friends – and, correspondingly, more fun out-of-the-box, social experiences – than if you had gone out with others in the first place. I embarked on an 18-day trip across Turkey and the Middle East alone and actually only spent about 1.5 days by myself. I met people along the way whom I continue to not only keep in touch with, but also am inspired by. I find events I’m interested in and often go to volunteer at them by myself, meeting those with similar interests and passions in the process. You are far more approachable alone than you are in even groups of two or three. This paves the way for connecting with others, engaging with their aspirations, and maybe even learning how you can positively impact the world together.

It is possible this small movie review gig during my high school years set the stage for a more independent, “just do it” lifestyle. Or maybe it was my mother who frequently traveled solo throughout her 20’s and 30’s and always told me and my sister that we could do anything the boys could do. Either way, it triggered a “can-do” mindset that refuses to allow others’ perceptions to keep me from exploring the world around me, whether it’s in my own backyard – wherever that might currently be – or on the other side of the globe. Expand your own comfort zone by being curious, by being bold, and by crossing into the realm of doing things alone. I promise you won’t be disappointed.

2 thoughts on “Why You Should JFD Things Alone”